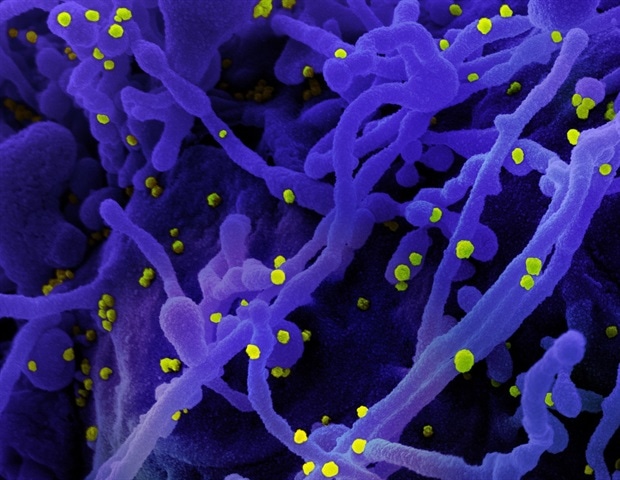 The SARS-CoV-2 virus first emerged in China in December 2019, and now ten months later, there is still no vaccine to protect against infection. Of the more than 200 vaccine candidates, 42 are undergoing clinical evaluation, and of these, ten are in the last phase of testing.

With promising vaccines comes a new candidate that has shown potent pre-clinical immune responses. The vaccine, developed by scientists at the University of Alabama at Birmingham (UAB), induced a potent T-cell response at the mucus layer of the lungs, including killer CD8+ T-cells, which can recognize and kill virally infected cells.

Developed by Autoimmune Inc., the vaccine called AdCOVID is administered by a single intranasal spray. The biopharmaceutical company, which published its pre-clinical findings on the open-source preprint server bioRxiv*, highlights the efficacy of its intranasal COVID-19 vaccine candidate.

The company teamed up with scientists at the UAB and expanded upon earlier pre-clinical data presented for the AdCOVID program.

AdCOVID is based on the company’s adenovirus-based intranasal vaccine platform and expresses the receptor-binding domain (RBD) of the SARS-CoV-2 spike protein. The RBD is crucial for viral invasion and infection, and the majority of neutralizing antibodies from people who have recovered from COVID-19 attach to the RBD, underlining the importance of RBD in stemming infection.

Further, the vaccine offers more benefits over other COVID-19 vaccines being developed. First, it is administered intranasally, it has only one dose, the ability to ship and store the vaccine conveniently, and allows for the broad activation of the immune response.

The scientists conducted extensive pre-clinical testing at UAB. The partial results of the pre-clinical experiments had been announced in July and August. The current study highlights the expanded results that showed strong activation of both arms of the adaptive immune system after administering a single intranasal dose of AdCOVID19, which was tested on two strains of mice.

The results of the experiment showed that the vaccine-induced neutralizing antibodies in the blood plasma could inactivate the SARS-CoV-2, the virus that causes COVID-19. Further, it also stimulated the immune system’s T cells, strengthening them to attack virus-infected cells, and it triggered mucosal antibody and T cell responses in the respiratory tract, the system most affected by the viral infection. The latter finding showed that the vaccine could provide a barrier against infection and transmission at the viral point of entry, which includes the mouth and nose.

“Several studies assessing other COVID-19 vaccine candidates have shown that the intranasal route, as opposed to the intramuscular route, stimulated local mucosal immune responses in addition to systemic neutralizing antibody and T cell responses and achieved sterilizing immunity,” the researchers explained in the study.

The team also explained that the intranasal administration of vaccines has many benefits, including providing effective protection against respiratory pathogens, and it also bypasses preexisting immunity to the vector. Another advantage of intranasal vaccines is that it is easier to administer, and it is non-invasive compared with other candidate vaccines, which are administered through injections.

They added that there are two main advantages of using AdCOVID – it is non-invasive, and it offers the ability to stem SARS-CoV-2 infection within the upper and lower respiratory tract, preventing infection at the site of entry of the virus. Further, it also helps reduce the risk of virus transmission in vaccinated people.

“Our collaboration with UAB has been extremely productive, and the pre-clinical data for AdCOVID continues to show promising differentiation from other COVID-19 vaccine candidates,” Scot Roberts, chief scientific officer for Altimmune, Inc., said.

“Intranasal vaccination represents an attractive strategy to prevent COVID-19 infection, as the nasal cavity comprises the first line of defense against the SARS-CoV-2 virus prior to entry into the lungs.  By stimulating mucosal antibody and T cell immunity, along with potent systemic neutralizing antibody titers, both arms of the immune system can work in concert to prevent and control infection,” she added.

bioRxiv publishes preliminary scientific reports that are not peer-reviewed and, therefore, should not be regarded as conclusive, guide clinical practice/health-related behavior, or treated as established information.